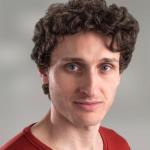 One day, a creature called a Hugh came across a list of publishers accepting unsolicited manuscripts, selected one called Strident and sent off his book, The Almost Animals.  The Hugh was a remarkable creature,  half writer, half actor and half zoologist… no, that won’t work.  Tell you what, I’ll let the Hugh tell you his own story…

Firstly, congratulations on your book deal!  Can you tell us more about your publication journey?

Thank you! Well, the process was a lot quicker than I had anticipated. Although I’ve always enjoyed writing, this was the first book that I tried to get published. I came across your wonderful blog post, ‘Children’s publishers accepting unsolicited manuscripts’. Strident were the first ones I approached, and they got back to me very quickly. In fact, I think it was the same day. I was expecting to have to wait three months for a response, so when Strident’s MD, Keith Charters, got in touch asking to read sample chapters, I was very pleasantly surprised. An hour later, he asked for the rest of the manuscript. He then told me that it wasn’t quite publishable as it was, so to go away and sort out a few bits, before coming back to him. The alterations were mainly aspects that weren’t quite suitable for the young age of my intended audience. My mum and sister had given me similar advice (they were the only others to have read it at this stage), but it took a literary professional to sway me. Maybe I’ll listen to them next time. Maybe.

I made the changes and polished the manuscript further, then submitted it to Keith again. I remember, very clearly, the moment I was offered the publishing deal, as I’m sure every author does. I was spending a long weekend in Bucharest with my girlfriend. I missed Keith’s call, but he left a voicemail, saying he’d read through the manuscript and could I call him back. My girlfriend – she does have a name, by the way – decided to go and have a shower so I could be on my own to call him back. We had a long chat about the book, and then he said those magical words. ‘We would like to offer you a deal.’
Hollie. Her name is Hollie. Anyway, I had heard the shower go off ages and ages ago, halfway through the phone call. She had dressed, got ready (we were going out), and then just sat quietly waiting to come out, not wanting to disturb me. It was only when she came out and hugged me that I realised I’d been naked the whole time. Sorry Keith! Good job we hadn’t Skyped.
At the same time I approached Strident, I also emailed the Darley Anderson Children’s Book Agency. I was just finding out to whom I should address my submission. By the time Clare – now my brilliant agent – got back to me, I already had the offer from Strident. I had a lovely meeting with Clare, and signed with the agency. She then helped me with the whole process of contracts and negotiations.
After that, several months of edits, rewrites, and the surprising realisation that I was also going to do the illustrations.

You are an actor and also a zoologist.  Is writing something you’ve always wanted to do as well?  What made you decide on writing a children’s book rather than a film script or play?

I have a background in natural history, including a degree in zoology, but it isn’t really a job. More of a life-long passion. It’s all just fascinating to me. Acting is my main thing, but as any actor will tell you, there’s often plenty of time for writing. I mostly work in film and television, so even when I am actually doing that, there’s lots of waiting around, which can be a good time to write. I have always enjoyed writing, and I have a trail of many books in various stages of completion stretching back to when I was in my early teens. It was always something I wanted to do some day, but was somehow always in the future. I guess I’ve caught up with myself in that respect. Is that a form of maturity? Almost certainly not, but I’ll take it.
My current project notwithstanding, The Almost Animals is the only children’s book I’ve written. It was just an idea I had, and decided to explore it. I have ideas for screen and stage, and will hopefully develop them at some point. In fact, I am keen to create a screenplay of the book I want to work on after this current one. ‘A film by Hugh Holman, based on the novel by Hugh Holman, starring Hugh Holman’. Yes, that’ll do nicely.
It’s really just about ideas, and how best to present them, whether as words on a page, or through actors on a stage.

As a zoologist you have obviously been drawn to write about animals.  What made you decide to mix them up with each other?  And which is your favourite?

I suppose it was a way of creating weird and wonderful beasts in a way that is more grounded than just inventing creatures. Even though they are just as impossible, they seem more real. At least, I think they do. I found it very interesting deciding which traits from each species they should have. I do actually have a rule for them, which, at least to me, stops them being too fanciful. The aminals can’t just be random hybrids. Mammals are crossed with mammals, birds with birds, reptiles with reptiles. I break my rule with only one group of aminals. The frogmeleons.
Creating these mixed up animals gave me a bizarre background in which to set my story. Or rather Angle’s story. She came into my imagination fully formed. Crocodiles and alligators are very similar, in some ways. They fill the same ecological niche, they have the same dorso-ventrally flattened bodies, lots of teeth etc. But we are actually more closely related to chimpanzees than alligators are to crocodiles.
The world would, surely, be a better place if everyone focused on our similarities. We are all just animals.
My favourite aminal is probably Spriget the snug. I’m not sure I ever actually refer to her as a snug, but that’s what she is. A bright blue snug.

The world of the aminals is so well-imagined and believable.  Any plans to return to it in the future?

Hurrah, thank you for saying that! I have a second book planned out quite thoroughly, and vague ideas for a third one. I’m not working on them yet though, I have other things I want to write first. The stories will only loosely be connected. I will return to Nowhere, but not necessarily to the aminals we have already met. Though, of course, as in any village, familiar characters will crop up here and there.
Book Two, when it happens, will focus on a small pengkiwin. He originally had a slight mention in the first book, but was lost in the rewrites. Now what do you suppose a pengkiwin is?

Have you enjoyed working with Strident?  What do you think the advantages are of working with a smaller publisher?

It’s been a wonderful introduction to the publishing world. I’ve been in close contact with Keith, at Strident, since the beginning, so I’ve felt very much part of the process the whole way. Also, I think I have retained more creative control than I would have with a larger publishing house. Being able to illustrate the book was great, and not something for which I had really planned. I just sent some sample drawings when Strident were looking for a suitable illustrator. Just so they could see roughly what I was picturing. The cover, too, which my brother and I designed. Well, I came up with a vague design and Michael actually created it. He is much more of an artist than I am.
As this is my first experience with a publisher, I can’t really compare it with anything or anyone else, but I have certainly enjoyed the process. I imagine that with the bigger publishers, the author has less control over the aspects other than the text. I might be wrong.

Do you think being an actor has helped your writing in terms of portraying character and action?

Yes, I would say it has. I certainly develop the character onto the page the same way I would build a character from a script. In my head at least. And I picture every scene as though it’s part of a film, and when I play through it in my mind, I know exactly what the characters are feeling and how they move. It’s then a case of translating the cinematic view into some descriptive text. Well, that’s sort of what my brain does anyway. I’m sure it’s similar to other authors who aren’t actors, though.
There is definitely an overlap between the acting and writing. It would be hard to separate two such complementary creative paths.

Any words of advice for writers who are submitting manuscripts?

You can never go over the manuscript enough. Edit, edit and edit some more, until it’s as polished as you think it can possibly get. Then ignore it for a couple of weeks. Then polish it some more. Then, if you’re lucky enough to be offered a deal, be prepared to find out over the following months that it wasn’t that polished after all.
Confidence is something that every unpublished writer has trouble with. There are days when you think ‘Hey, I’m pretty damn good at this!’ but they are invariably followed by crushing doubts about your own abilities. Once a publisher or agent has shown interest, the confidence boost is palpable. When I was offered my publishing deal, it suddenly seemed to validate everything I had written for the last ten years. Which is silly, because most of it is almost certainly dreadful. But still, at least one thing I’ve written has promise. Hurrah!

And finally… what’s next for Hugh Holman?  Acting, zoology, writing, illustrating… or something new?

I’m currently working on another children’s book. This one is also of a zoological nature, but will involve real-world animals. Not aminals. After that, I want to dive into writing another book, which I have been planning for ages. It won’t be for children.

In terms of acting, I am shooting some great stuff at the moment, very exciting. I can’t really talk about that though.
In February, I am going travelling around South East Asia for three and a half months. Expect to see many photos of orang-utans and Komodo Dragons.

Hugh, thank you so much for your time.  Readers, I think we can agree that the Hugh is indeed an amazingly versatile creature who proves that, with hard work and determination, you can achieve anything you put your mind to.  Let’s hope that, if spotted in the wild, he remembers to put some clothes on.
Order The Almost Animals on Amazon
Visit Hugh Holman’s website
Tweet Hugh Holman